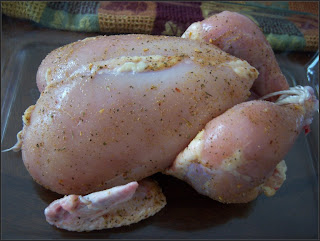 During my mid teens, I was always a bit awkward with the ladies. I had no idea how to harness my goofiness and bizarre sense of humor into something the chicks would dig. It was only later that I realized that attractive ladies love a funny man: my smoking hot wife is proof positive of that. However, learning to make the ladies laugh was a long and tedious process that was molded by more than my share of pitfalls. It all began with with the first girl I ever asked out.
When I turned sixteen, I began talking to a girl in my English class. She seemed kind enough and very sweet,  and I made the decision that this young lady would be fortunate enough to be my first date.
As is customary in the bubble known as Utah, when a high school dance comes around, it is expected that the "asking" be done in the most obnoxiously strange way imaginable. A dweebily thin, pimple faced boy must shell out hundreds of dollars on balloons, cakes, pillows and the like, all in effort to one up the other fellas and find the most "creative" way to ask his date to the dance. This was a skill that I was not taught and it became painfully obvious.
My friend and I gathered one Saturday night for a planning session. He had already asked his lady friend, using some ridicules combination of stuffed animals, roses and a note. No, flowers and charm simply would not do for a first date; I needed something that would blow her doors off.
The mind of this 16 year old male was fogged with mists of hormones, immaturity and bad judgement. Thus was the case - as the plan unravelled from my teenage brain into reality. The game plan went as follows:
We went to the local Albertsons and purchased an entire dead chicken. (With the head missing, of course.)
I wrote a note and placed it through the hole where the chicken's head once was. The note simply said, "Don't be chicken, go to the dance with Abe."
We then stuffed the chicken with popcorn. We therefore had: Chicken with no head, stuffed with popcorn, with a clever note asking for her company for the ball. It was fail proof! Certainly she would see the hilariousness of my methodology and off we would be - arm in arm, frolicking to the dance like star struck lovers.
My friend waited in the car while I snuck up to the dark doorstep and dumped the now foul smelling fowl onto her doorstep. I then rang the bell twice and bolted for the car. My friend stayed just long enough for us to see her father standing - dumbfounded over the featherless bird. He picked it up with his thumb and pointer finger, much like one would hold a poopy diaper, and took it into the house. The bait was set, I only needed to reel her in.
I received no answer for several days. The marked gal simply said hi to me in the halls, and otherwise avoided me. Nevertheless, I held out hope. After five long days, I knew that she had to be giving it some serious contemplation. (More likely was that her parents were trying unsuccessfully to talk her into going to the dance with me as a "mercy date" of sorts; the special kid that left the dead bird on our porch - and she was having none of it.)
Finally, that Friday evening, a full six days after my initial request, I received a knock on the door. I rushed to the porch to find a small jar of jelly with a ribbon and a note saying, "To Abe". Alas, it was my answer.
I tore open the jar and dumped the jelly into a bowl. There at the bottom lay a tiny, folded piece of paper. With quivering hands, I unfolded and read out loud, "Sorry, I can't go." Devastation.
The next Monday morning, she apologized and said that someone had already asked her to the dance. I later found out that she did not go to the dance at all and spent the evening "guarding" the H rock with some friends. She clearly did not see the humor of the dead chicken, which I found odd. It wasn't like I put a dead cow head in her bed - this was just a chicken. Why would any girl find that in any way psychotic.
My already fragile self esteem cracked and sizzled like a plastic cup on a campfire. I did not ask another girl out for six months.
I recently found this girl on facebook, but I do not dare to request her friendship. Certainly, she will someday tell her daughters the story of the crazy kid that stuffed a dead bird with popcorn and gave it to her as a gift. Certainly, she has already told this story hundreds of times over the years. This story of the dead chicken shall live forever in infamy.
(Mom, there may be questions regarding the authenticity of this story. Will you - or other family members - confirm it's truth? Bless you... Cheeseboy)

What kind of girl leaves a guy hanging for 5 whole days???? Good thing she didn't accept or you might not be my brother-in-law :)

Times have changed. I bet you could ask that girl to be your friend and she would be elated!

My mom forced me to go to my first homecoming dance with a boy from the ward. It was horrible. He never came to church again. Hmmm.

This must have been before my time. Who was the Gap Tooth? And I'm sure she regrets that decision now...

Ha ha, yeah - it was slightly before I met you Steve. Her name was Marty (I think) I won't tell her last name for privacy reasons.

The friend that was trying to get me to get a date was a wacky kid named John Numbers.

Wow, I'm surprised they even took the time to stick their hands in raw chicken to find the note.

I only check blogs about once a month, but I promise that I'll post as much as I can on yours in order to get you some major sponsors.

I got asked to a dance with a bail of hay on my door and said hey, will you go to the dance with me. I answered back with maneur (Check spelling?) I thought it fit right in with the way he asked me. But I must admit even though I hated the stupid Utah way of asking people to dances, it made for some fun times! (My dad didn't always think so when our house would get toilet papered, or we had sardines all over the driveway, etc.)

Thank you Abe, for providing yet another Best Story Ever, for my ever expanding collection of "Abe is Damn Funny Tales of Hilarity" file.