My thoughts about some show with shallow models on it. 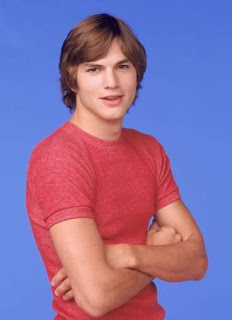 Cathi has recently begun watching yet another one of Ashton Kutcher's projects (at least I think it is an Ashton Kutcher project - it has to be!) The show takes a bunch of shallow, self-centered male and female models and makes them believe they are in a competition to see who is the most beautiful person in America. In reality (as in "reality TV"), the show's judges are really looking for the least despicable human being, or at least the person that kinda shows some compassion for others.
(I still have no idea what this show is called, and besides blogging about it now, I really could care less.)
So far the show is an absolutely horrendous collection of spastic clips of despicable people. While entertaining in a scum bucket sort of way, I don't know how many times I turn to Cathi and ask, "Are these people for real?" The producers of the show constantly throw out situations at these people so they can show some sort of generosity towards anyone but themselves. There is one black guy that is actually a decent human being and goes out of his way to help others, but the rest of them are disturbingly selfish, evil people. It's a little bit like watching a combination of Zoolander, The Real World and any of the reality shows staring Tyra Banks.
The best part of the show is actually the end of each episode when someone gets the boot. The "judges" break the news that it is all a fraud and actually a competition to find the person with the most "inner beauty". They then force the person to stand and watch all of the vein acts of selfishness they committed during the filming of the show. Can you imagine the shame of seeing yourself treat others so horridly in front of millions of viewers. This is a little bit like what I imagine judgement with God will be like - rerunning all of your unforgiven sins on a television screen. The only difference is that God would be part of a reality show on CBS and not the WB. Oh, and God probably also has a 1000 inch plasma.
While watching this "program" last night, I tried to think of a reality program that could be any more cruel than this one. While there is not one currently on television, I was creative enough to come up with a brilliant premise that is actually a takeoff of this show. Allow me to explain:
Invite 15 of the ugliest people in the entire nation to play. Tell them that the show is to find"the most loving, friendly, person in America". Ask them to participate in a series of challenges in which they think they are helping others, but in reality, they are competing to see who is the ugliest. Kick off each one at a time, and as they leave explain to them the real "game". Then force them to stand in front of a giant TV and replay close ups of their faces for them to see just how ugly they are. Just before they break out in tears, laugh and say it is all just a pretend joke.
One last thing, the winner could win a trip onto that other "classy" reality show - Extreme Makeover - Face Edition, for an all expense paid trip to plastic land. Hilarity will undoubtedly ensue.
I really need a Hollywood job. I have such a finger on the pulse of what America yearns for. Fortunately, America already has Ashton Kutcher to do my job. Darn you Ashton! Darn you to heck!

Abe the show is called "True Beauty" and obviously I'm a loyal viewer too. I thought last night's show was great. That girl really believed she was so nice and wonderful UNTIL they showed her true self. I also imagine that's what we'll be seeing once we leave this life.

How can this be a series that gets renewed? I mean, if it's at all successful, isn't that an automatic cancellation? If potential "competitors" already know the premise . . . who's left to trick?

Nancee if you read this I always wonder the same thing about many "reality" shows. If the "trick" is exposed, how do they keep the show going?

I just have to say, I kind of like it! It's hilarious to watch the get "called out". I think it's great for them to be SHOWN how selfish they are. Although I will say, I could see someone freaking out, and killing themselves or something. Sometimes, it's a little hard to watch, but the really bitchy ones... not so much.

I also think it's good to watch it and think... what would I do? Ya know? I think we can all be better people, "pretending" someone is filming us 24/7. Which of course...really IS happening! ;)

Not me, I caught the guy who was filming me, and divorced him.

(Except I really did divorce him.)