Howdy friends that just might be bored enough to read my blog post about television shows I watched this year. Glad to have you aboard this wild ride of top ten lists. Please keep your hands and legs inside the blog at all times.

As you may or may not know, 2014 was the year that we bit the bullet and got Netflix and Amazon Prime Streaming.  We also bit a bigger bullet and got rid of satellite, which was a good bullet to bite. We have been so busy watching the shows we missed the past few years, we haven't missed paying a bajillion dollars a month watching average shows on satellite. For those that might be considering the satellite or cable "ditch and dump", I'd highly recommend it.

At any rate, we watched less TV this year, but the TV we did watch, we were very picky about.  We started a lot of series, some of them terrible, many of them TVrific! I've decided to record the series my wife and I found most intriguing.  Now, many of these series will not be for you. In fact, I'd be willing to say that many of you would find these series too dark, too violent, too offensive. (It is a little known fact that my wife likes dark movies and TV shows. Even more than I do. Just another reason she is awesome.)

Perhaps you and your spouse are looking for a new TV series to sit down and gorge on.  These are the ones I liked that I watched this year. Of course, some have been off the air for many years, but this is how hip I am: I just barely got around to watching them.  So, without further ado, I give you my top ten favorite shows I streamed/watched in 2014: 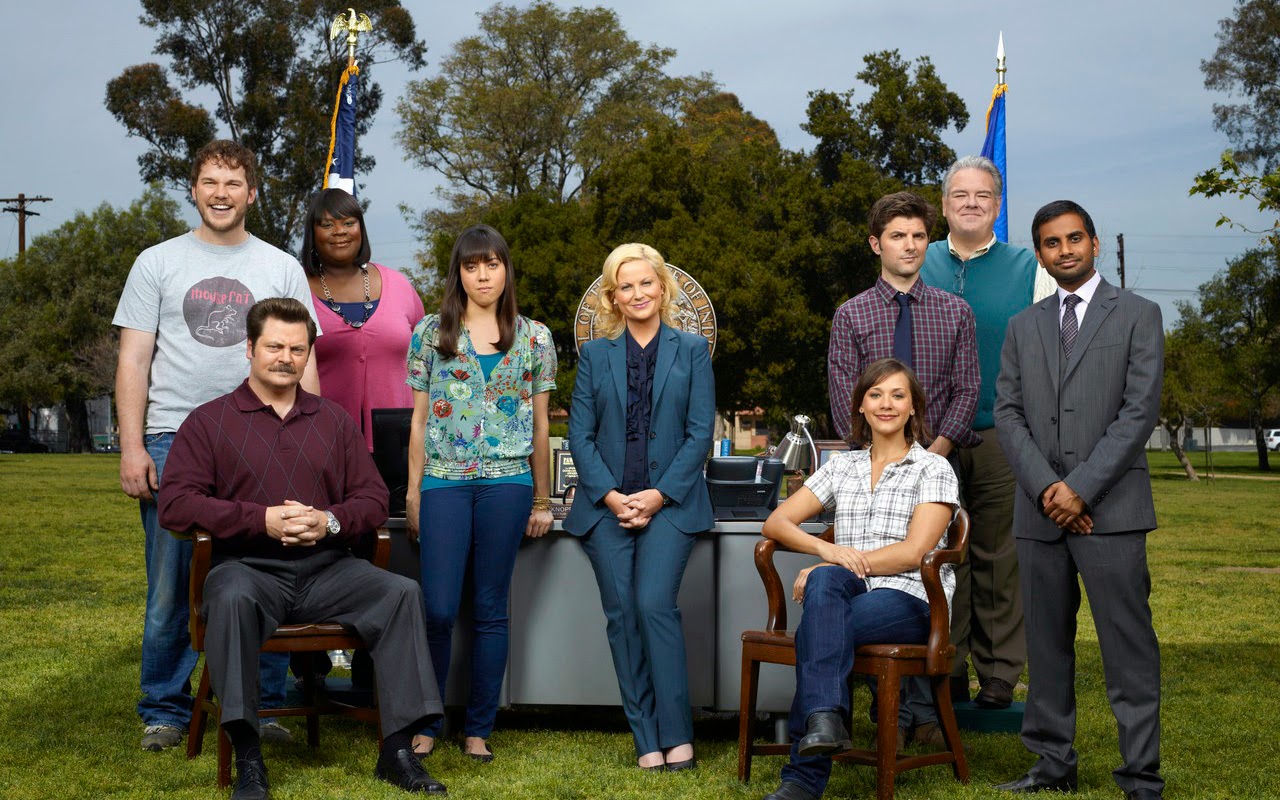 I've always loved this show. I was happy I was able to watch the entire newest season in about two days. This is the second funniest show on television.  The funniest show is to come... 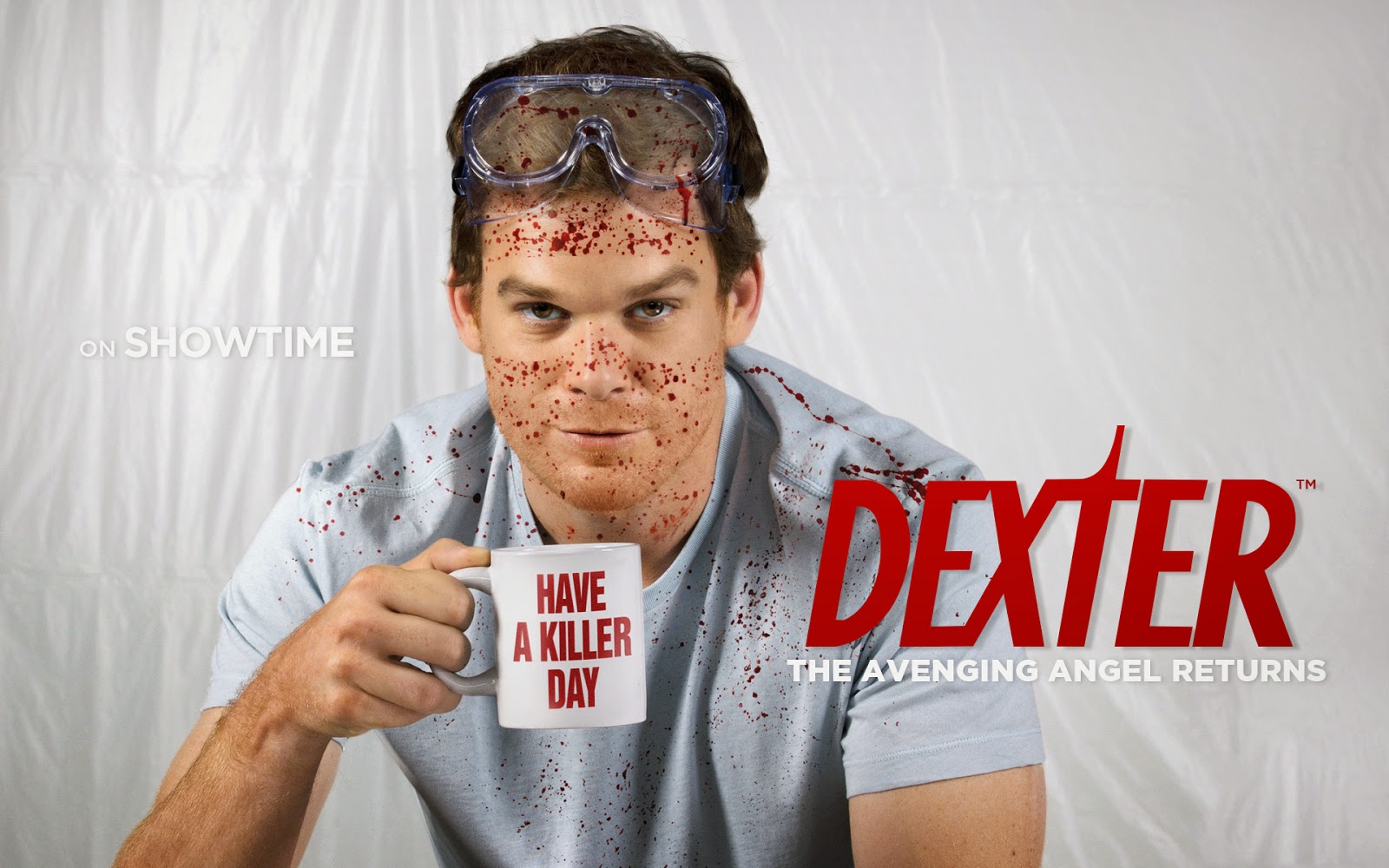 This is one of those shows that is DEFINITELY not for everybody. It is violent, full of terrible language and pretty darned sick.  But at its best (the middle seasons), you can't turn away. Every episode is like a roller coaster ride, a dark, messed up roller coaster ride. Honestly, if you are hesitant at all, you should probably stear clear of this show. 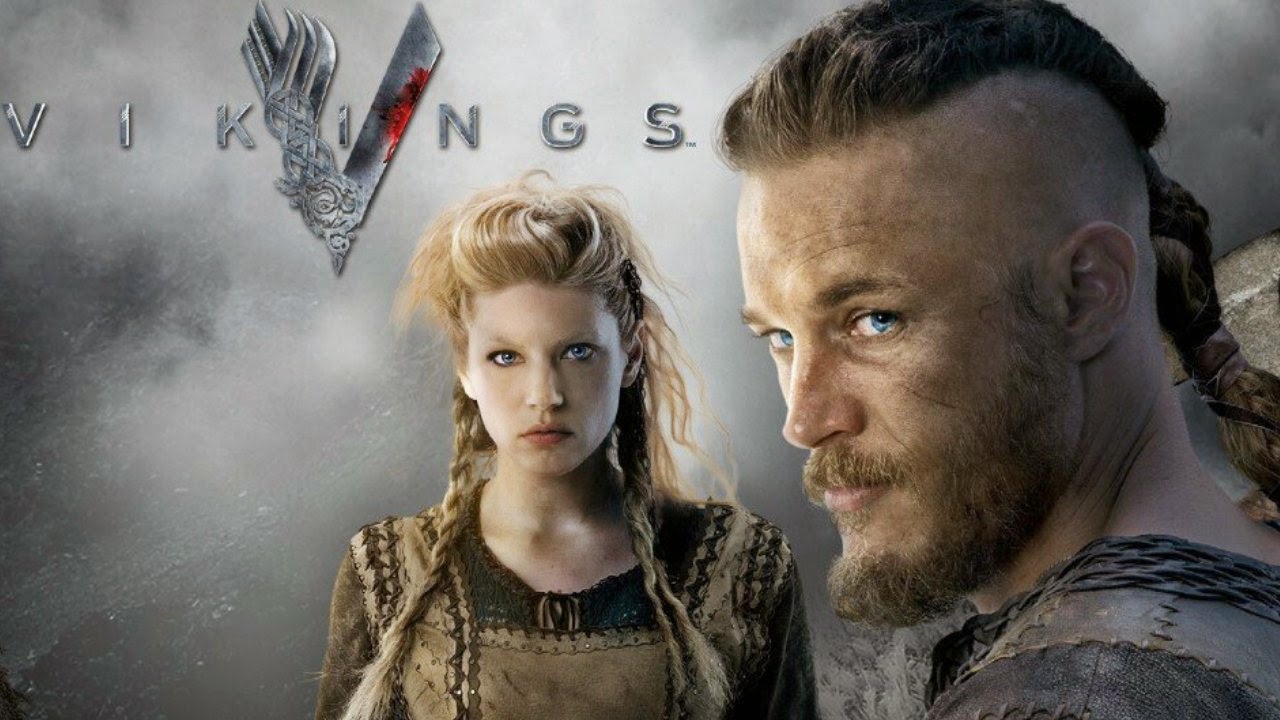 Another very violent show. I suppose that's exactly as the real Vikings were. I don't know, but I know this show is fantastic. My wife even likes it, but that might just because of the main character's piercing blue eyes. 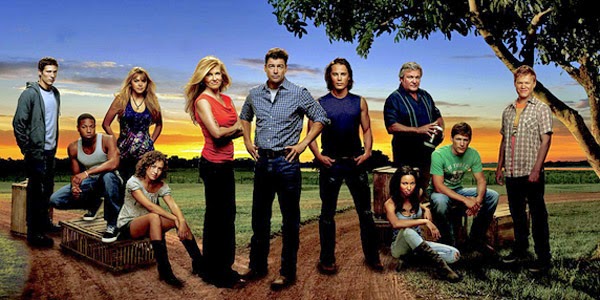 I was a little hesitant about this show. I thought it would be just another lame high school drama. Boy was I wrong. This show had layers of complexity and intrigue. It is one of the rare shows in which the last two seasons are its best.  I loved the way the writers switched things up after season 3. 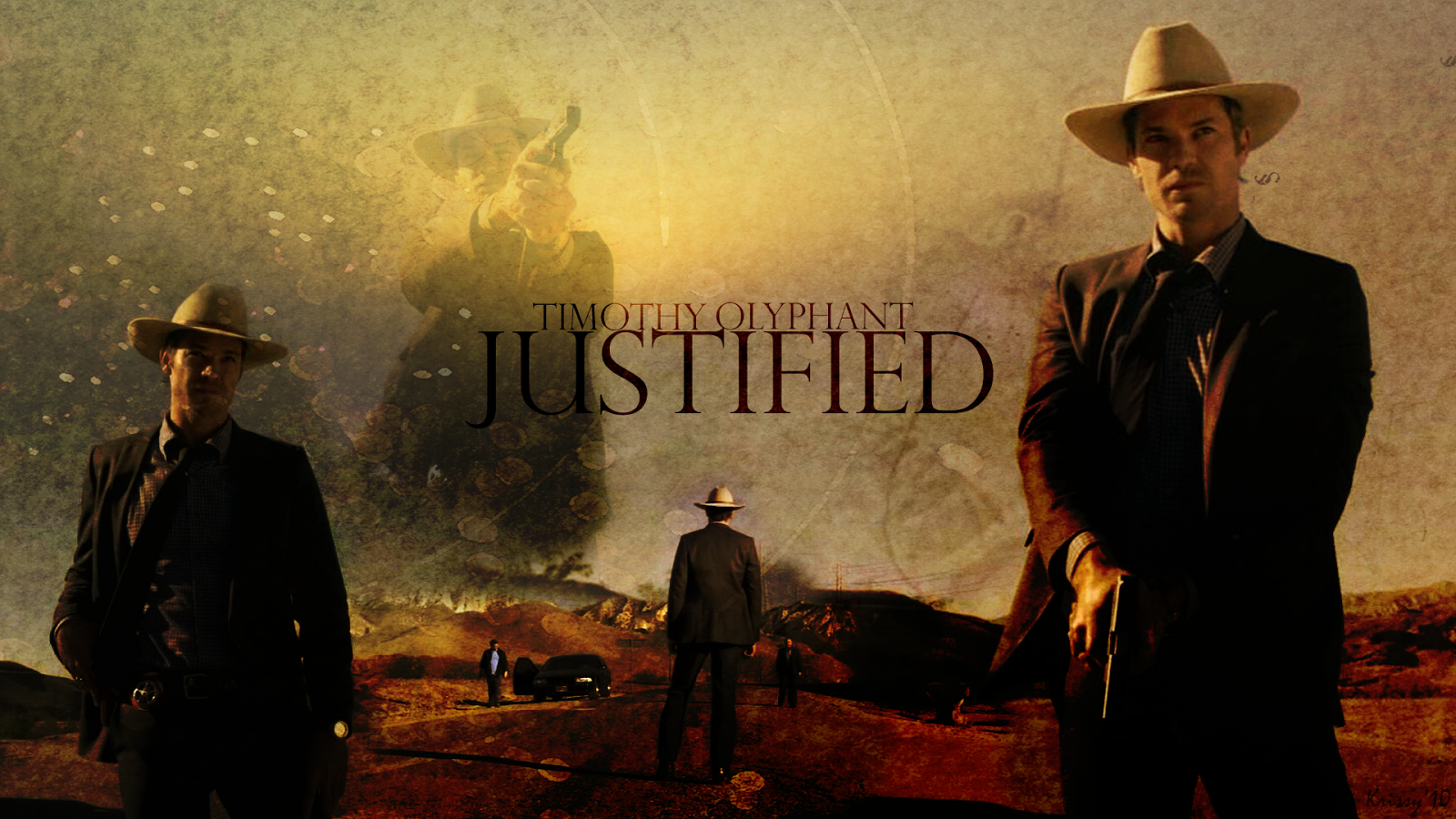 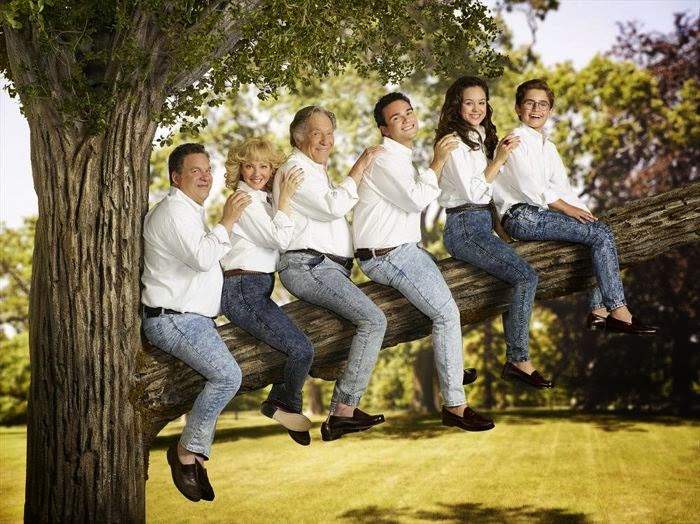 This is the one show we still watch that is not on Netflix or Amazon Prime.  We still wait every week for the new episode to be posted to ABC.com and then me and my boys laugh our butts off.  This is the funniest show on TV. 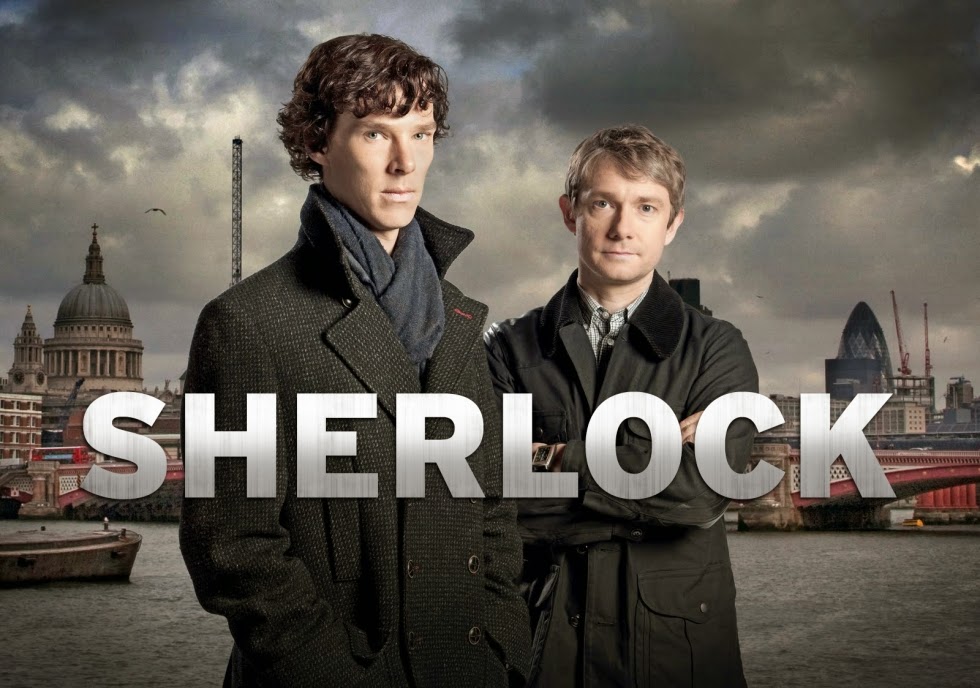 By now, just about everyone should know about the awesomeness that is Sherlock. It just took me a while to find it. I may not understand anything that is going on in each episode, but I pretend to, and that's the important thing.

I got suckered into watching this annoying, insane, sometimes cheesy, often ridiculous show and quickly got so addicted, I was reading about it online and going through situations from the show in my head. This show is bloody, gory, unabashedly crazy and so perfect.  It might be trendy, but count me in on the trend. 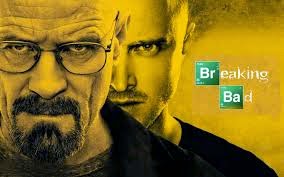 Alright, I know I'm way late to the party on this show, but I finally got around to watching it and it is quite possibly my favorite show of all time. Again, this one is not for everybody, but this show is so well written, it grabs you and sucks you in. There is no escaping until you finally watch that final episode. This the only show we've ever watched as a couple that my wife wanted to watch two straight episodes of.  I'm pretty sure I drove my coworkers crazy because they had already seen it and I would come to work every day and want to discuss the episode I had watched the night before.

So, there you have it. That's my list. Tune in next December to see the new list for 2015!  I'm sure they'll be some new ones on here and maybe some of the same. I just picked up True Detective on DVD, so we'll see where that takes us.

I must say, this year was a little bit of a disappointment for me, music wise, as compared to years past. Still some great stuff came out this year.

At any rate, here's my list from 40 to 1, with a few snarky comments about some of the albums. Please remember, I am not a music expert, just an ordinary Joe that likes good music. Also, at the bottom of the list, you will find my top 10 albums from years past, just in case you have read that far.  So, here we go...

38. Interpol - El Pintor
Interpol is a great band but I like their stuff in small does because they kinda give me a headache.

36. Real Estate - Atlas
I've seen this album ranked pretty high on a lot of people's lists. I found it a good listen, but nothing that really grabbed me.

35. The Notwist - Close to the Glass
This album had real highs and lows for me. The highs were terrific songs, the lows is what puts this album this low.

34. The Drums - Encyclopedia
This seemed like an entirely new sound for this band. Still liked it, but not as much.

32. Minus the Bear - Love Losts
See TV on the Radio comments. Same here.

29. The Juan McLean - In A Dream
Great for dancing!

28. Walk The Moon - Talking Is Hard
Not nearly the follow up I was hoping for from their last album, but still decent.

27. Tennis - Ritual In Repeat
One of my biggest surprises of the year.

24. Alt-J - This is all Yours
Again, I've seen this very high on some lists. It's a good album, but not one of the best of the year.

22. Elbow - Take Off and Landing of Everything
Some incredible vocals and harmonizing on this album.

21. The Pains of Being Pure in Heart - Days of Abandon

19. Delta Spirit - Into the Wide
One of my favorite bands. A good album, but a little disappointing for me.

16. Augustines - Augustines
I listened to this album a ton, which tells me it was good, but I never really fell in love with it.

12. The New Pornographers - Brill Bruisers
Their best album in years.

9. Broken Bells - After the Disco
Almost a forgotten album because it came out so early in the year. Very good stuff though.

8. Foster the People - Supermodel
I'm sure their last album sold more copies because of that retched song "Pumped Up Kicks" but this is by far the better album!

5. The Rural Alberta Advantage - Mended With Gold
Every single album these guys come through. Every single one has a similar sound, but they're all amazing.

3. Bishop Allen - Lights Out
So many catchy tunes on this album.

2. Passenger - Whispers
This may be a controversial choice as this band has its haters. But I love the lyrics and the vocals and the meaning behind each song. 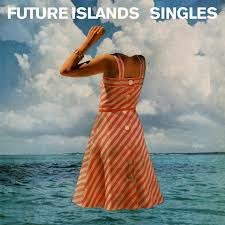 Their previous albums I thought were okay, but this one took this band to a whole new level for me. They have been described as a bunch of construction workers playing music. I love how the lead singer just couldn't give a crap about what he looks like on stage. They also had the performance of the year. Here it is on Letterman...


Now, here are my favorite albums from the past five years previous to this one.