It's that time again. Time for me to select my favorite movies from the previous year.

I know what you're thinking... it's April, Abe. You should have done this list months ago.  Yes, yes, I know, it is April. The thing is, I don't have a lot of money and it takes money to see movies in movie theaters. Therefore, the majority of movies I watch, I watch in the comfort of my own home. Unfortunately, movies are not released on DVD the second they are released in theaters.

Now, I suppose that by now I could be called a "movie snob" as I have released this list several years in a row now. However, ignore my snobbishness and do yourself a favor and see the movies at the top of the list. I've decided to go all out this year and give you my top twenty favorite movies AND a few honorable mentions. (Stay tuned at the end for previous years' favorites.)

(Oscar best picture nominees are noted with a *)

Okay, so this is a guilty pleasure for me and it helps that I have a bit of a celeb crush on Anna Hendrick. There are still plenty of laughs in this one though.

The plot was over my head. The bad buy was a bit convoluted. Sometimes I had no clue what was going on. But it was still included my favorite superheros flying around, battling evil. It was fun. Fun enough.

I was so excited to see this movie. The Other Guys is one of my all time favorite comedies and I was excited to see Will Farrell and Mark Wahlberg on screen together. They have such great comedic chemistry. Unfortunately, this movie relied more on physical gags than clever dialog and it suffered for it. Fortunately, there was enough to keep it going and I chuckled quite a few times. It was funny. Funny enough.

Alright, this might be the movie I liked most that was most universally panned by movie critics.  That being said, I had such a fondness for the book, I came into the viewing very biased.  I thought the movie captured the heart of the book, even though a couple of the most funny parts of the book are suspiciously missing from the movie. I actually thought the casting was perfect and I smiled all the way through.

Not the best animated movie of the year (stay tuned), but very solid. I thought it was one of the most beautifully animated scenery ever animated. The scenery was worth the ticket price alone. Also, the scene where they eat the rotten fruit: BRILLIANT!

This movie was wildly rowdy, raunchy and inappropriate and went on WAY TOO LONG, but had some hilarious scenes. I think the real reason I ranked it this high is sitting in the theater with my wife and listening to her giggle uncontrollably at a certain scene in which a guy sits on music box. This movie would likely be ranked higher if it it didn't go on too long.

This movie proves that a movie can be cute and simple and work in every way. This is a honest and clear love story. Normally a movie this simple would not work. The acting and the heart this movie holds make it work so well.

Talk about formlamatic and predictable. This movie was everything I expected from a Rocky movie and I loved every second. This is the second movie in as many years that Michael B. Jordan has been snubbed for an Oscar nomination. His acting stole the show and he is fast becoming my favorite actor.

Interesting, sickening and well acted, this was a story that needed to be told. I disagree with the choice of Best Picture, but I agree that it is an important movie that sheds light on a crucial time in history. I enjoyed it, but I liked three other Best Picture nominees more.

I have never been an all-out Star Wars geek. I mean, I've always liked Star Wars, but I am not one of those people, you know? Anyway, I was thrilled to finally see a good Star Wars movie again and I liked it, I really did. Somehow, however, it did not resonate with me as much as I thought it would. I liked it and I'll leave it at that.

Matt Damon #1 fan here. I love that guy. He gained all that weight to buy a zoo. Now he lost it all and is way too skinny in The Martian. I was surprised how much I enjoyed this movie. I enjoyed this movie so much, I went right home and pooped on my garden.

I initially loved this movie. I still love this movie, but a little less as time has passed. DiCaprio grunts and moans and grunts his way to Oscar. I have never had a movie make me feel so cold. I wanted to curl up in a bear skin and cuddle with my wife. All that being said, I thought this was a beautiful movie. Beautiful and brutal.

Who says there is not any original ideas in Hollywood anymore? This movie is original, strange, twisted, creepy and I found that I couldn't keep my eyes off of it.

This is my new all-time favorite superhero movie. I think because Ant Man is so cool. But also because it is hilarious and Paul Rudd rules. This was the funniest movie of the year. And it was a superhero movie. Go figure.

For a long time, this was my #1 movie of the year.  Now it sits here at #4. I enjoyed this movie as much as my kids did and I am an adult. And this is a cartoon. Mind blown.

Besides Joseph Gordon-Leavitt's terrible accent, this was a near perfect movie. It had thrills, love, a true story. Definitely a feel-good movie and it was family friendly!

If you've read any of my lists, you know I love a good coming-of-age movie. This one did the trick for me this year. It helped that this movie had laughs galore throughout and the acting was superb. 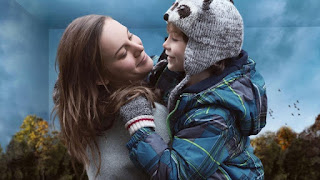 Looking at my past lists, this was my favorite movie of the past four years and one of the best movies I've ever seen in my life. I loved it that much. PLEASE SEE THIS MOVIE! It should have won best picture. I'm disappointed it didn't.

2012
10. Premium Rush
9. Moonrise Kingdom
8. The Amazing Spiderman
7. Looper
6. The Hobbit: An Unexpected Journey
5. Argo
4. Frankenweenie
3. The Perks of Being a Wallflower
2. Sleepwalk With Me
1. Safety Not Guaranteed