20. The Mule (R) - The Mule (2018): 4 out of 5 stars - Say what you will about Clint Eastwood, but he can still act, even at age 88. He keeps this movie interesting and moving along quite swimmingly. Who knew that a story about an old man driving a truck could be so fascinating.

19. A Star is Born (R) - A little long and occasionally trite. That being said, those flaws are overshadowed by thunderous performances by a tremendous cast and an engaging story.

18. Blindspotting (R) - Can a movie this powerful, culturally in tune and at times intense also be funny? Why yes it can. And it is. Daviid Diggs gives one of the year's best performance with humor and thoughtfulness. His performance builds and builds to a final scene so powerful, so well done, so ambitious that the scene alone should earn him an Oscar nomination.  Warning: This movie is NOT for those offended by language. Watch it on Clear Play. There is a lot of street swearing in this movie.

17.  Searching (PG13) - Proof that you can solve any crime on the internet. This "whodunit" mystery has the typical twists and turns you'd expect, but with an added original twist of internet. My wife loves murder mysteries and she LOVED this movie. My only complaint is just one (semi) ridiculous plot twist... but otherwise the performances and script were on par. During one scene, I got the chills. I'd highly recommend this one.

16. Pick of the Litter (PG) - Another fantastic documentary in a year of fantastic documentaries. This one focuses on five dogs that were bred and trained to help the blind. Ultimately, it's about amazing dogs and their unbelievable bond with their trainers and owners. Even if you are not a dog person (like me), you will be fascinated and amazed with what these dogs can do. If you are a dog person (like my sons), you may love this movie more than any you see this year.

15. Bohemian Rhapsody (PG13) - The first half of the film drags as it is a basic history of how the band formed. I could have gotten that from any Queen youtube video. The second half is where the movie soars. The second half focusses on who Freddie Mercury was as a person and how he dealt with the problems he faced. This was far more interesting and intimate to the viewer than a history of the band. Rami Malik exceeds all expectations with his portrayal of Freddie. And just like Queen had the guts to release Bohemian Rhapsody as a 7 minute single, kudos to the director for having the guts to show the entire Live Aid performance (perhaps the greatest rock performance of all time).

14. Spider-Man: Into the Spider-Verse (PG) - Originality, fun and creativity is the name of this Spiderman. A unique comic-book feel adds to the overall spectacle. The movie never takes itself seriously and has many moments of genuine comedy. My only complaint is that sometimes everything going on on the screen at once was a little overwhelming. Regardless, this film's passion and coolness shine through and it lands as both the year's best superhero movie and the year's best animated movie. And one of the ten best movies of 2018.

13. Mary Poppin Returns (PG) - I can't imagine a director going to more effort to pay homage to the original film than this one did. It has every last detail cloned, from the lovable characters, to the catchy music, to nearly the exact same plot as the original. That is my only complaint: that there is really no originality to the plot. Nevertheless, let there be no mistake, this is Emily Blunt's show. This was the role she was born to play and she soars, whether it be with a kite, umbrella or balloon.

12. The Clovehitch Killer (R) - If it's tension, anxiety, uncomfortableness, squirming in your seat, nervousness and thrill that you seek, this movie is right up your angst alley. The ow budget feel makes it seem even more creepy. This movie is not for everyone, but if you like to feel the above ways, you need to see this.

11. Bad Times at the El Royale (R) - A fun romp into an evil world at an old hotel. Jeff Bridges has a formidable performance and the rest of the cast soars right along side his lead. Tensely violent and fearlessly brutal, this rollercoaster ride ends entirely satisfying.

10. Upgrade (R) - Not a perfect action movie, but darn close. 100 minutes of packed excitement and gory fun. Excellent writing for an action movie as well. One of 2018's best.

9. What They Had (R) - Heartbreaking, thoughtful, and moving. A true love story till the end. If you cried at the beginning of Up, this one will really get you. If you've had a loved one slugger from memory loss or dementia, this one will hit hard.

8. Leave No Trace (PG) - It moves slowly, but even with its deliberate pace, it feels like every moment of the film matters. It examines the love between a father and daughter, mental illness and the desire to be loved by others. Certainly one of the best movies of 2018. (Rated PG and there is zero offensive in this movie.)

7. Three Identical Strangers (PG13) - The story about three identical triplets that are separated at birth and given up for adoption, only to find each other as teenagers in this documentary is one of the most incredible and intriguing stories you will ever see. It's more than a story about the three triplets. I am still reeling from this film. It is hard to believe what happens in this film is real, but indeed it is. Highly, highly recommend.

6. The Ballad of Buster Scruggs (R) - This one's on Netflix, so you can watch it now. This might be my all time favorite Cohen Brothers film. (And I LOVE Fargo) I loved it that much. Six short western stories, the first being hilarious and so much fun. My only complaint was the last story was a bit dull. Not the one to go out with. So well done and incredible scenery. I loved almost every second of this film! (FYI: The only reason I can see that it is rated R is for old western violence. No swears, no sex.)

5. Free Solo (PG13) - Incredible, preposterous, extreme, perhaps the most nerve-wracking movie I have ever seen. The viewer is torn between deciding if what Alex is doing in front of your eyes is incredibly stupid or highly inspirational. Maybe a little of both. Certainly one of the best movies of 2018 and possibly deserving of its Oscar.

4. A Quiet Place (PG13) -  A movie that reminds you of why you love watching movies. Nearly perfect. And finally, PLEASE NO SEQUEL! It ended perfectly. A sequel would ruin it.

3. Green Book (PG13) - About a third into this film, you realize that it is not your average drama about race and class in the US. About halfway through, you realize that the chemistry and writing make this film truly special. About two-thirds into this movie, you have laughed much harder than you ever expected and you see how the director uses comedy as a vessel for hope. As the film winds down, instead of the anger and bitterness you often feel at the end of movies about race, you are left with a sense of faith and optimism. As you leave the theater, you feel like you have just taken part of one of those movies that are truly magical and one of those movies that reminds you of why you love going to movies in the first place. This is a must see and one of the best movies of 2018.

2. Won’t You Be My Neighbor? (PG) - I don't know if it is the tender childhood memories I have of Fred Rogers, the fact that I have also dedicated my life to early childhood education, the inspiring story of his life, or a combination of all three, but from almost the first minute, I was wiping away tears. I must have looked like an idiot, wiping tear after tear from my eyes for two straight hours, but I am fairly sure, given the many sniffles I heard, that everyone in the theater was doing the same. Any person that watched Mr. Rogers as a kid should see this movie, and those that didn't should see it as well. Fred Rogers is one of the closest things we may ever see to an actual angel on earth and this film is a fitting tribute to how he changed the world. (And it might actually also increase your faith.) 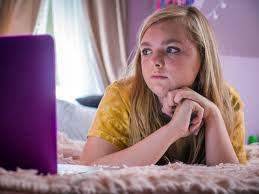 A year ago, I spent 3 months as an intern principal in middle school and I can say for certain that this is the most realistic portrayal of middle school ever portrayed on film. With his first film, Bo Burnham has created a masterpiece.

Much of the credit for how incredible this film is has to go to young Elsie Fisher, who certainly deserves a nomination for every award available to be given to her. Her portrayal of a quiet, loner, awkward, anxiety-driven 14-year-old Kayla made the audience fall in love with her. She played the part to perfection.
Two things that this film got right that other teenaged-flicks get wrong: 1. More often than not, "bullying" in middle school is not calling someone names or beating someone up. No, the bullying that is much more prevalent is much more subtle and dubious. Most bullying done in middle school is not the stereotypical bullying seen in most movies. Instead, it takes the form of students not necessarily being rude to others, but simply ignoring those on the fringes. Most of these kinds of bullies can say, "I am not being mean!" but in reality, they are also not being nice either. This film captures the reality of this phenomenon perfectly.
The second thing this film got right was this: middle school these days is not a mixture of jocks and nerds and stereotypical groups. The students are more ambiguous and less defined by labels. A student now could be considered a "nerd" in the classic sense and still be considered popular and cool at school. That being said, there are certainly "in" students and students on the fray, wishing and hoping to someday be invited in. Again, this film captures this perfectly and with stunning brilliance.
While watching Eighth Grade, the viewer is often forced back into their own 14-year-old, self, reliving the painful, awkward moments of their youth. Eighth Grade is not always easy to watch because of this and what happens to Kayla breaks your heart on multiple occasions. It's because her experience is so relatable that the movie works so well. This was the most tear-jerking comedy I have ever seen.
That being said, Eighth Grade is packed full of laugh-out-loud moments. The parenting moments are so relatable, I could hear moms and dads rolling with laughter. The end awkward date scene is the funniest thing I have seen all year.
This is the best movie of 2018 so far. Bravo, Bo Burnham! Good luck ever living up to this masterpiece again!

2012
10. Premium Rush
9. Moonrise Kingdom
8. The Amazing Spiderman
7. Looper
6. The Hobbit: An Unexpected Journey
5. Argo
4. Frankenweenie
3. The Perks of Being a Wallflower
2. Sleepwalk With Me
1. Safety Not Guaranteed
No comments: