If you know my television tastes, you know I am not a big fan of dramas or reality shows. I pretty much stick to comedies and shows that don't completely annoy me (Real Housewives of Every County, The Bachelor, pretty much every show with a laugh track and every other brain-dead show they seamlessly crank out).

So, I watch a lot of comedy.  Hey, I like to laugh.  As a result, my list is pretty much entirely comedies. And the two shows that aren't comedies certainly have enough laughs in them to keep them interesting. Thus, without further ado, I give you my ten favorite TV shows of 2013... 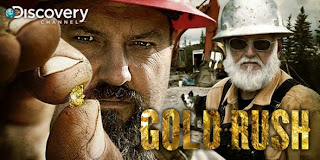 Will these losers ever find enough gold to make a decent living? Probably not, but it won't stop me from tuning in every week to find out.  I actually do cheer for them to find gold, although deep in my heart, I know it's never going to happen for these idiot.

I watch this show religiously and by religiously, I feel that Mr. Wonderful may be some sort of prophet.  As a middle class zero, I've never had a chance to actually speak to a millionaire, let alone beg them for money.  However, I am creating a line of personal sawdust scented fragrances that I am working on pitching to the sharks.  I call it "Lumberjack Love."

I'm probably not as big a Modern Family fan as you are (or maybe I am), but count me as a fan.  I just can't get past the fact that these people are supposedly allowing a camera crew into their house to film some of their most intimate moments.  Yet, there is no mention of why they are doing this or why this camera crew is there.  That being said, this show is at its absolute best when it is unbelievable and silly.  When it starts taking itself too seriously is when it bogs down.  That being said, Phil might be my second favorite character on television and one that I relate to the most.

Fallon is the most talented and funny late night host and it's not even close. His over exuberance for every guest just makes him more endearing. His musical numbers are legendary.  This is the only late night talk show I DVR. I'm excited that he'll be taking over for that bozo, Leno. 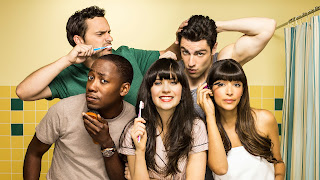 This show seemed to take a slight step backward this year. The jokes aren't landing with as much power or frequency.  That being said, no comedy on television builds their characters better or has better chemistry within the cast.

I've always been a fan of Colbert, but I've always been a bigger fan of The Daily Show.  This year, they swapped and Colbert was simply a more funny show. (Although, I must admit, I loved the guest hosting job John Oliver did for Jon Stewert in the summer.)  I think this choice may give away some of my political leanings and may make me hated by some of my Facebook friends, but I am not sure there is any show that I laughed more at in 2013. 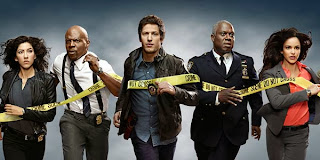 I think your opinion of this show likely hinges on if you like or can stomach Andy Samberg's schtick or not.  Personally, I love the guy and can't get enough.  Thus, this show is super funny and a welcome addition to the fall schedule. 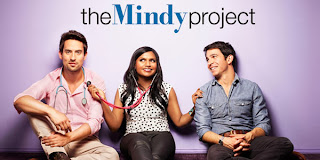 I've been waiting for this show to get funny and this year it finally happened.  Not only did it finally break through, but it became one of my very favorites.  It's too bad too because ratings for this show seem to be slumping just as it is getting good.  The best change that the show made was adding the two funniest characters on the show, the male nurse, "Morgan" and the new doctor, "Peter."  In addition, the writing has thoroughly improved and the story lines have been clever. 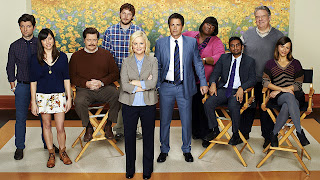 For the past five years or so, this has been my favorite show on TV.  It's not so much that it has slipped, it's that my #1 choice has just dominated the comedy. Okay, I'll admit it, this show did slip just a bit this year, but it is still amazing.  Ron Swanson is the greatest, but let's not underestimate Tom Haverford and Andy Dwyer as being almost as equally hilarious. I know that this show doesn't get the best ratings, and that is a crying shame because it has been consistently been the funniest show on television. 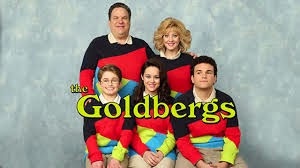 Okay, so this show caught my attention early with its 80's theme.  However, the 80's jokes are not what makes this show go.  From Patton Oswald as the Narrator to my new favorite TV character, "Barry Goldberg", this show is superb.  If you have not yet had the opportunity to watch this show, I implore you to do so.  I am not sure what implore means, but I think it is some sort of threat, I'm that serious about this. If I were you, I'd start with the last episode, the karate episode.  I have never laughed so hard for 30 minutes in my life.
4 comments: