Star magazine can take their "worst beach bods" and shove it! 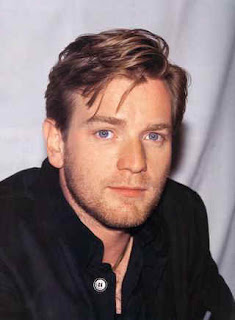 The cover story of this issue amazingly had nothing to do Britt shaving her kid's hair or Lohan's lesbian love triangles. Instead, the focus of the issue was, "Top ten best and worst celebrity beach bods of 2008."
I skimmed through the pages and stopped at the #8 worst beach bod: Ewan McGregor. There I sat, in stunned silence as it hit me: My body shape and size is an exact replica of Ewan's in the photo.
Now, I'm not saying that I have a good body by any means; white skin (Jewish style), hair, slightly indented chest, small, rounded belly. I mean sure, I'm no Matthew McConaughey, but I'm no Kevin James either. In addition, I am positive they caught Ewan on a very bad week.
I am not easily offended, but I was scarred beyond belief by this photo. Granted, at least I don't have the #1 worst beach bod in Hollywood. But to say that my body is worse than Rossanne Barr's or Oprah's is just ridiculous. (Have you heard? -Oprah weighs over 200 lbs now.) What are they doing "rating" bodies anyway? And who does the ratings? I'd like to see their bodies! That's right - I'm calling you out - guys and gals that rate bodies for Star magazine! I think I'll start a new magazine and call it "Top ten worst Star reporter beach bods." Maybe, just maybe, Ewan and I will have a little piece of mind that our bodies are beautiful. In fact, ever since primary, I have been told that my body is like a temple - and not the low class, dated Provo temple either. We're talking the swank, chissled San Diego temple here! So take that, Star magazine!

Way to stand up for Ewan, with his Jewish style skin and small, rounded belly, Abe. Represent! I also like the Star "reporter" critique idea. I often think it would be very entertaining to publish the same sort of crass & cruel photos of & comments about the stalkarazzi as they regularly churn out targeting famous folk who are cursed with slightly indented chests & the like . . .

Nancee - I can't tell you how thrilled I am to have you commenting on the Cheese blog. Your cutting commentary and ever bitter sarcastic style is exactly what the blog needs. Plus, I am very impressed that you knew how to spell "stalkarazzi".

Not to those reading the blog: Nancee is actually a former co-worker I worked with for years and not my mother-in-law who, despite my various attempts at getting her to comment, has maybe commented once. Just remember - spinning Nancee = coworker. Nancee that does not ever comment = mother-in-law.

I read that issue while at the gym and was shocked and infuriated that people had just regular, and perfectly fit bodies, but the magazine was still ripping on them. I swear they were so nit-picy! It was annoying.

That mag is just as bad as the Enquirer... not a fan.