May I now take this opportunity to apologize to all the folks I may have offended. (You may want to read this as I might be apologizing to YOU!) 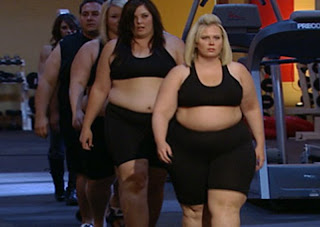 I am sure that I have offended many, many people over the course of my lifetime. I feel that it is time to make amends. Sometimes, my words can really get me in a load of trouble. I would like to offer my most sincere apologies for the following offensive words or behavior I may have incurred upon you.

1. To my Mission President: I apologize for telling that "asteroids and hemorrhoids" joke during my stand up performance at our Mission Conference talent show. I completely understand your request to see me in your office the next month. I also feel it merited that I spend the next three months with the biggest tightwad, jerk in the mission as a companion. For those that may not know, the joke goes something like this: (I did not write the joke, just delivered it in a hilarious manner.)
What's the deal with those asteroids and hemorrhoids? Shouldn't it be the other way around? A hemorrhoid is in the hemisphere and boy does my asteroid hurt!
2. Speaking of my mission, to the Sister Missionaries that lived in the basement apartment of the house during the fall: I apologize for collecting bags of leaves with my companion and completely filling the entry way so you were unable to get out. Also, I apologize that you were both too large to get out of the window and that you had to call the police to get you out.
3. To my Mother: I apologize for suggesting in a below post that Cathi and I kissed or "made out" before we were married. Yes, we did in fact swap spit before our vows, but I will say this: I would have never, in a million years, told that story if we didn't in fact get married.
4. To Michael Findlay: I apologize for placing a warm cow pie in your sleeping bag during scout camp back in 1990. I deserved to be punched and pummelled. I also apologize for giggling while being punched repeatedly in the gut. As it turns out, you were a pretty cool guy and I was wrong for purposely filling your sleeping quarters with cow dung.
5. To the large lady in "The Biggest Loser" the other night: During the scene when you told your teammates, "The winner of this challenge is going to to have to haul butt!", I apologize for turning to my wife and saying, "Good thing you have plenty of butt to haul!" That was just wrong.
Actually, I would like to take the time to apologize to EVERY Biggest Loser contestant ever for every snide and mean comment I make during every episode my wife makes me watch.
6. To the jerk that I once placed an order for over the phone while working for Microsoft: I apologize for creating the following order number in the system and then providing to you over the phone in an obnoxious way:
759 F U 6
No wait, you were a huge jerk. I take that apology back.
7. To the very nice, cute girl I dated a few times just before I dated Cathi: I apologize for telling your little sister a dirty joke. I was ecstatic that you had invited me in after a date and I completely blew it by telling your 12 year old sister an R rated joke. Also, I do not blame you for never dating me again. One other thing: I apologize for the awkwardness between us in seminary as we had to sit next to each other the rest of the semester.
**At this time, I would also like to thank Cathi for having a younger brother and not a sister.
8. To Cathi: I apologize for saying that you would never kiss me with a beard, as that is in no way true. I am, however, still waiting for it to happen for a first time.
9. To Greg: I apologize for the time we were kids and my friends and I wrapped you up in Saran Wrap and dropped you off on that old lady's porch. Uncool. Really uncool.
10. To the mom that helps me in my class almost every day: I apologize for suggesting that you are in love with the laminater. I really do appreciate all of the laminating you have done for our classroom in the past couple weeks. Further, I apologize for saying, "I think you really love that laminater, you are spending so much time with it. We'll see how much you really love it if your next kid comes out covered in plastic."
You laughed pretty hard, but it was probably not appropriate.
11. Finally, to Lyndsay: I found it funny that you had to change the name of your dog after you realized it was a female. I apologize for being the first one to comment on your blog that "Just for future reference, male dogs have a penis." I hope I didn't hurt your dog's feelings.

I'm offended every time you make a comment about someone being large! We can't all walk around looking like sticks :)

I'm suprised no apology was required to the townfolk in Centerville for riding your motorcycle in your undies.

Abe.... Still thinking about forgiving you. I'll sleep on it.

That was a good time wrapping Greg in saran wrap. I'm amazed that he was able to move at all. I've talked with him a few times about that since we did it - and he thinks it is funny (now).

Yeah Had. He was such a good sport, but then I think about the women's makeup we put on him and that had to do some mental damage, don't you think? He is just too good a guy to say anything.

Remember the cacoon of his body when we cut it off of him though? That was kinda cool.