My neighbor Ty and sizzling bacon on the pew of the chapel. 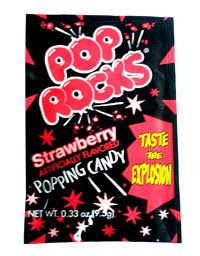 Calder has made best friends with our across the street neighbor, Ty. He gives Calder treats during church and he has recently taken up the habit of giving him treats at home as well. Now whenever Calder sees Ty, he gets a huge smile on his face and says, “TY, TREAT? TY, TREAT?”

The last time this occurred, Ty ventured into his home and excavated each cupboard in search of a treat. Finally, in a last gasp of desperation, he pulled from his shelf some sort of old pastry. Calder squealed with delight as I pulled off the plastic wrap and handed it to his grimy hands. Apparently Ty’s year old, rotting pastry (No offense Ty. You usually have delightful treats.) was much more delicious than the Oreo cookies or the brownies he had only partially eaten at the kitchen table moments earlier. I am waiting for the day that Ty pulls out a couple of bullion cubes and hands them to Calder.

A couple weeks ago Ty brought Pop Rocks to sacrament meeting. When Calder noticed him sitting down the row from us, he immediately ran to him calling, “TY, TREAT? TY, TREAT?”

As Calder pulled the pop rocks from the package, I was readying myself to hold in the fits of laughter that would soon want to explode from my belly. But as Calder held the strange, crusted candy in his tiny fingers, he was put off by their texture. He was simply not going to eat them. He handed them back to Ty who flicked them into his mouth. My belly explosion came soon enough and our entire row was engulfed in a bad case of the giggles. The sound was much louder than anticipated and it echoed like he was making our entire aisle bacon slices to celebrate the start of sacrament meeting.

Ty is a pretty cool guy. When I was going through my scooter crisis, he gave me a lift in his truck to return it. On the way home, we stopped to get gas for his truck. A couple of 17-year-old girls approached us and asked us for a few bucks. They said that they had run out of gas and their car was just down the street. Of course I never have any cash on hand, but Ty was kind enough to ask them to wait while he went and got some change. The girls excitedly agreed and one went into the service station with him while the waited outside.

Soon, Ty appeared with a smile on his face and a kick in his step. He energetically informed the girl that he didn’t need to give them any money because the girl inside had just received twenty bucks from some old guy inside. The chipper, obnoxious girl jumped with glee and ran inside to celebrate with her friend. Ty simply laughed as we climbed into the car and drove away. The old man was a figment of his imagination.

I know what you are thinking, “What a cruel joke to play on those poor, unsuspecting girls.” Well, the truth is that they were clearly fibbing for dollars; they did not have a car in sight and their demeanors said as much. Ty, being the cool customer that he is, read right through them.

Pop rocks are funny candy, especially for church! And what a smart little neighbor you have. How old is he? Is he Cameron's brother?

That's a dang funny story. Can Ty be my friend too?

Good question anonymous. That will be my next poll.

Tammy, Ty is probably my age and is Cameron's next door neighbor.

That's funny...it wasn't until the middle of your post that I realized Ty was actually an adult! I, like Tammy, thought you were talking about a little kid offering all that candy!

The Pop Rocks in church is a great story!

Abe, I'm afraid that you may have to print a retraction on your blog.
The old and rotting pastry that you referred to was actually purchased only a day before by Daphne. It was also in an air-tight plastic wrap. I think you should have tried it! They are quite delicious, so I hear. Also, if the pastry was indeed rotton, Caulder deserved it because I first offered him a fruit rollup, which he refused.
I do want to mention that that was the best blog you have written!! I feel like a celebrity now that I was mentioned on the BLOG O' CHEESE.

Tyler, I apologize for disrespecting your treat.

You do realize now that you have commented, you are obligated to comment more often, right?