The Halloween I Remember Best - 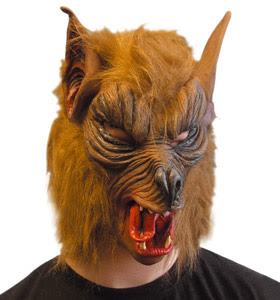 My best friend from the ages of 10-15 just so happened to be a boy named Craig. Craig was a lovable, bumbling boy that would consistently say and do remarkably foolhardy things. For instance, in his kindness he once insisted on mowing our lawn and ran over the trimmer’s extension cord. When we were older, we went to Lagoon and he dropped over $60.00 at one of those absurd booths, simply to be close to the girl that was working it. The funny thing was that he spent all of that money and never actually got up the courage to say a single word to her.

Now that you have the background behind my goodhearted friend Craig, in the spirit of Halloween, I will begin the story.

Each year Craig and I would begin hyping our Halloween evening as if it were to be our final candy conquest. We mapped our route, ensuring that we would hit all of the houses we knew gave out full sized candybars and all of the wealthy homes that we hoped would give out ten dollar bills. On this particular Halloween’s eve, when we were 12 and old enough to venture further on our own, we planned to travel about a mile on foot to hit the famed “Harvard/Yale” area of Sugarhouse. We had heard rumors of the great goodies to be had in that rich hotspot and we were not to be denied.

With our pillowcases in hand we journeyed northward, stopping at the occasional affluent looking home and collecting a plethora of scrumptious sweets. After approximately forty-five minutes of stop and go trick-or-treating, we reached the flush elegance of Harvard Avenue.

Before I continue, I feel that this is an appropriate place to describe our costumes. Craig was fitted with a long, flowing Friar Tuck style hood and dress that ran all the way to his ankles. On his head he wore a werewolf mask, making the ensemble a complete complexity to walk long distances in. Nevertheless, we trudged onward, with large Butterfingers in our eyes and full cans of soda pop in our hearts.

We must have received treats from four homes when we realized - rich people are actually really cheap when it comes to their candy giving. We were getting the usual Tootsie Rolls and Smarties and we were angry. It was also about this time that Craig informed me that he needed to use the restroom. Of course.

As we walked up the thirty-nine stairs to the next elegant mansion, Craig informed me that he would be asking the owner to use the restroom. I pleaded with him to wait, as I knew that this could only spell trouble. Yet he insisted that this was a necessity and that waiting would not be an option. Upon arrival at the doorstep, he was hopping with anticipation.

A thoughtful woman opened the door and he explained in his rambling, mumbling Craigish way the plight of his bladder. She invited us in and I waited in the enormously vast entry of this ambitiously extravagant home. Craig, with his half full pillowcase slung over his shoulder, was shown to the guest restroom, where he scuttled in like a fuzzy, awkward wolfboy with his legs tied together.

What occurred during those moments that Craig was in the guest restroom is still a mystery. The best that I can figure is that that while attempting to take off his Friar Tuck robe, Craig forgot that the candy was still flung over his shoulder. I know I heard something spill and some odd splashing. Minutes passed and Craig soon emerged from the bathroom in street clothes, his costume in his arms. He nervously tried to explain to the woman that while he was frantically maneuvering his robes in effort to meet the oncoming urine, he had accidentally spilled the contents of his candy bag onto the floor and into the opened toilet. He had attempted to fish out as many pieces as he could, but there were some “deep” pieces that were simply not fishable.

As he made the walk of shame out of the mansion, he apologized again and again for his idiocy. She was very gracious and we quickly exited.

On our way down the walkway, Craig informed me that even after he spilled the candy into the toilet, he still “used” it. Therefore, there were 4-5 pieces of candy at the bottom of that well that had been through a dunking, a peeing and then a flushing. 4-5 pieces that someone would need to pull out. However, he did inform me that it would be okay because they were mostly Jolly Ranchers. I am still not sure how or why that made it “okay” but that was Craig for you.

Classic. And I think you're right about the rich people being the stingy ones!