Conference means not shaving, long ice cream lines, and listening on the couch with your eyes closed. 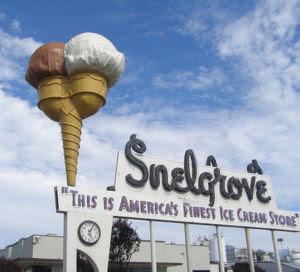 Ah.  Conference weekend.  It hits you like a warm stream of water.  It's church's version of a football "bye week".  Laziness, napping and occasional listening are the call to order this weekend.  I can finally catch up on that "doing of  nothing" I have missed out since school began.
Sylvan even called and told me that the kids I was supposed to tutor didn't show up and I don't have to go in.  I can't even go out in the yard and work today because of the weather. The ultimate day of laziness! I may not even shave. I may not even brush my teeth. Okay, I will probably brush my teeth but let the facial hair growing, lying on the couch, eating loads of sour patch kids, switching the channel occasionally to see a football score - day begin.
Of course, I will be attending Priesthood meeting tonight.  I have every intention not to put up folding chairs for this event.  (I believe it is not our ward's turn.  At least that is what I tell myself.)  Nevertheless, I will not be going to an ice cream establishment afterward.  Call me a maverick, call me apostate, call me an anti-post-priesthood-icecream-apostate, but I just can't handle the 20 deep line of white shirts at the local arctic circle to get a twist cone, just because a Saturday night meeting has ended.
When I was a kid growing up in Sugarhouse, my dad would take me to Snellgrove after every Priesthood meeting.  We would wait over an hour, but undoubtably would see a couple General Authorities.  Often, as we would be leaving, President Monson would show up to get his usual malt.  Fond memories, but Snellgroves is gone and I now attend priesthood by myself.
When Lincoln becomes 12 and is able to attend Priesthood meeting with me, I will have to think of a new tradition to uphold.  Perhaps we could go shopping for scrapbook supplies or get a post meeting, father-son massage.  Maybe a good cock fight or two would be appropriate or hitting the tanning salon.  Nothing brings a father and son together like laying side by side under 1,000 watt lamps to artificially darken their skin.  At least that is the way I picture this potential bonding moment in my mind.  Thirty years from now, instead of Snellgrove, Lincoln will be telling his son about the times he and his dad went tanning after priesthood meeting.  Making memories is fun.
**I now realize that I spelled Snelgrove wrong in this post, but in the spirit of day of laziness, I refuse to correct it.  I realize now, however, that in the time I have spent typing this postscript, that I could have made the necessary corrections.  Oh well, still too lazy to do it.
**UPDATE - I realize Jordan and many of the general church population are ecstatic about the Rome temple.  But I, and I'm sure my sister in law- Heather, are equally thrilled with the announced temple in Philadelphia; the first in Pennsylvania.  The people in my mission just went from a 6-8 hour drive to White Plains or Washington to a 30 min - 3 hour ride to Phili.  I was very proud when I heard the news and I like to think about the celebration all of those friends I made in PA are having right now.

I've never heard of an after-priesthood ice cream tradition but it sounds like a great idea to me! When I was single the women in my friend's family all went to Five All's to celebrate while the men went to the meeting and I got to tag along. I love traditions!

And I'm glad you noticed you spelled Snelgrove wrong because I wasn't sure if I should say something or not. I thought it was very weird of you to spell it wrong repeatedly when you had the picture right there in your post :)