The Rise and Fall of The Sharper Image - by me. 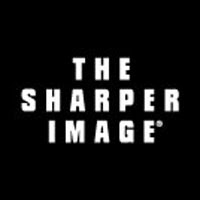 I haven't read this one since it's so long. I'll get around to it when I have more time. Like when I'm a work. Just kidding, I work hard. I just wanted to reward all of your hard work in writing such a long post with a comment. This is really public service as I'm shielding all of your devoted readers of another diatribe about not getting any comments. I'm sure that it's really funny, because ALL long posts are funny.

Tim, I consider this some of my best work. I hope you read it and tell me what you really think.

I think Tim is just trying to defend his own long posts. I've told him to make them shorter because people don't have time to read such lengthy stories in one sitting, but it's impossible for him. So I'm pretty sure his comment is just his guilty conscience speaking, and trying to say that "Brandi is wrong." I bet he still hasn't read this. But I have, and it was pretty funny.