Garden snails and other shelled creatures. 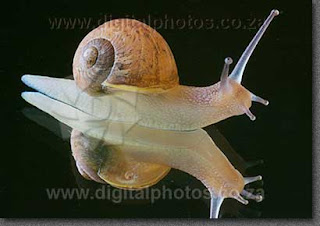 Snails or slugs have invaded our backyard gardens and devoured the vegetation with their sharp teeth, razorlike claws and acidic values.
It is a little known fact that the common garden snail is the crunchiest animal on the planet.  When a large amount of pressure is placed on the back of one of these slime-infested goo balls, the shell will disgorge and the remaining ooze will overflow like a popping zit.  One of my favorite pastimes is to throw these slushy creatures into the road and watch their failed efforts to survive.
If God wanted these snails to survive, why did he make their shells so flimsy?  The tortoise has a strong, stalwart shell.  If I found a tortoise in my garden, I do not have the physical strength or the mental willpower to throw it high enough to crack the shell.  I doubt that most humans do. (Maybe Ike.)  If, however, miniature tortoises infested our gardens and ate our crops, would it be commonplace to see people throwing them into the street?  Personally, I think that you would. However it would require a much higher arc and perhaps an increase in velocity to break the shell of a miniature tortoise.  Perhaps gathering a bag full of them and placing it under your car tire might be a better option.  Of course, you would then have the problem of tortoise guts stuck to your tires.
Hermit crabs have tough shells, but I am fairly sure they don't grow their own shell like the garden snail does.  Yep, just researched it, they don't.  Hermit Crabs must be like the hobos of the sea.  Their shells serve as a sort of "shopping cart" for them to carry all their hermitting crud in.  I once broke open a Hermit Crab shell and I found a very tiny roll of toilet paper, a tube of chap stick and a John Denver mixed tape.  Oh, and I also found a small bottle of vaseline for shell chafing, a common problem for the undersea wanderers.
If I found Hermit crabs in my garden, I would do them no harm.  I feel bad for the homeless, however I rarely just give them money.  I had a friend once that served soup at a soup kitchen for the wealthy homeless people.  (They have really nice soup at those places!  It is all slow churned and nothing but the best breadsticks.)  He told me that the poor homeless that would come in would be sent to the west side where they would beg and then spend their money on Lick-A-Stick and Chums (Those things that were popular in the 80's that you would hang your sunglasses from.) 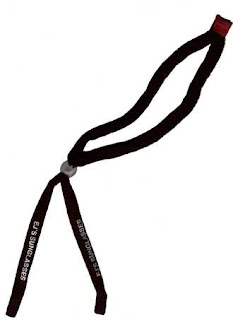 No, I would take a different approach to the Hermit Crab trespassers.  I would drive them to a nice Denny's and buy them all a Grand Slam breakfast.  I am sure they would appreciate it and maybe they would even put some of my "Vote for Obama 08" bumper stickers on their shells.
I have heard that if you put beer in your garden that the snails will get drunk, pass out on their buddies sofas and in the morning they will either be hung over or dead.  I have tried to put beer in our garden, but I think our real hobos keep taking it.  Perhaps I should try opening the bottles?
If you pour salt on a garden snail it disintegrates into thin air like that insane sand man on The Incredible Hulk.  Well yes, this is very true.  The only problem with covering my garden with salt is that we will have the neighborhood dogs licking our rhubarb plants and nobody wants that.

I believe the sand man is in one of the spider man movies. Not the Hulk

I hate snails! But suprisingly escargo is actually not too bad. Maybe you could open a restaurant with all the snails you have...