Someone called me "yellow" today and I wasn't even scared 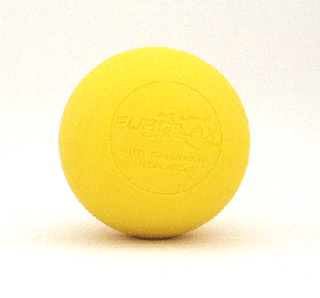 It turns out I am yellow to the core. There is no doubt or surprise, I'm a yellow and the next color isn't even close.

I had no idea what this all meant until yesterday. My principal gave us all a personality test so he could learn more about us all. (Although I'm positive that being the only carryover from his last school, he wouldn't already have definitely pegged me as a yellow. That's right, you heard me right, "he wouldn't have definitely already"! It makes total sense to me.)

I still wasn't quite sure what this whole "yellow" thing meant for me, so I took a similar test online and this was the result:

Yellows are motivated by Fun. They are inviting and embrace life as a party that they're hosting. They love playful interaction and can be extremely sociable. They are highly persuasive and seek instant gratification. Yellows need to be adored and praised. While yellows are carefree, they are sensitive and highly alert to others' agendas to control them. Yellows typically carry within themselves the gift of a good heart.

Yep, I'm a yellow. The next closest color was blue and it wasn't even in the same hemisphere. The wacky thing is: I don't even like yellow. It's fairly ugly and generally abrasive. The only people that drive yellow cars are those that drive yellow Xterass and Hummers; I don't have to tell you what kind of people drive yellow Xteras and Hummers! (Hopefully people that don't read my blog) The only college team that I can think of with yellow as a school color is Wyoming - and their colors are yellow and poop brown. Going to a Wyoming football game is a little like watching a banana fall into the bottom of an outhouse. - Ugh -

Another oddity: I am a closet yellow. You see, I am in no way a natural blond. While participating in this activity, most of the teachers were fairly surprised that I was the highest yellow in the room; I had barely said a word so far. I guess they have no idea what's in store.

It takes me awhile to open up. Occasionally I can jump into a new situation and be entertaining, but I am usually withdrawn until I get a feel for people.

I am not sure if I should be proud to be a yellow. I guess that as a yellow, it is my duty to be proud of it. It reminds me a bit of when I was in Pennsylvania on the mission. Each week we would watch a kennel full of labs for a guy. One day, he received a new chocolate lab from a kennel that bred primarily Australian Sheep dogs. The new lab knew that he was a lab, but acted as if he were an Australian Sheep dog. Once he warmed up too the other labs, he came out of his shell and acted labishly lab. It was a beautiful thing.

Actually, I have no idea how the above story relates in any way, shape or form - except that the lab in the story was a yellow lab.

When I took that test I was a blue-yellow too! That was way back in jr high though.... I think I have changed since then though. Did you see Corey got a blog?

Yes Ashlee and a great blog it is! I think I already left him a comment or two.

I totally knew you were a yellow without you posting it here! I'm red-white.