Independence Day makes $400 million! 1996 must have been a pretty slow year. 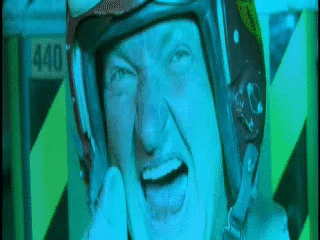 How do you find Will Smith in a winter forest?

Love that joke. So does Lincoln - but he has no idea why.

Lincoln and I actually watched Independence Day for his first time a couple days ago. This much hyped and much beloved American movie has become a bit of a classic now; in spite of it being more bravo than brawn. Nevertheless, I had only seen it a single time, for it was released while I was on my mission. Lincoln was thrilled and captivated by the preposterous plot revolving around an alien invasion on the Forth of July. I, on the other hand, was flabbergasted and frustrated by the daffy, overblown acting and the bizarre twists. For example:

1. The aliens are exploderating buildings, cars and such. Thousands of people are scrambling for shelter and safety. Realizing that the potential for mass fatalities, the President of the United States invites everyone to join him in his underground bunker. Just as the aliens are about to overtake the helpless, frantic folks, the humans are ushered to an open hallway and sent to their rescue by a simple operating elevator. Thousands are saved! Thank goodness we humans invented elevators.

2. Will Smith, upon shooting down an alien ship, breaks open the cockpit and proceeds to "punch out" the giant, squid-like creature with one swift fist to the brain. Now, Will Smith is cool; we know that because he has gotten jiggy with it - more than once. And Will Smith is strong; he was in a movie about boxing and we all know that not just anyone can play a boxer; they are complex characters... with muscles. And we all know that later Will Smith would commit suicide via jellyfish (and not in his upcoming cameo in Spongebob Squarepants 2 either). BUT, to punch out a squid-alien with a single punch? That is what I call man-tastic!

3. In his attempt at proving the durability of the alien spacecraft's shield mechanism, Jeff Goldbloom takes a pistol and shoots at a soda can he just placed himself on the craft. The bullet ricochets off the spaceship and into the intrigued audience. Fortunately, nobody is hurt. Which only proves a lifelong theory of mine: aliens hate getting shot at, but boy do they LOVE them some Jeff Goldbloom!

4. The President of the United States volunteers himself to enter a fighter jet and shoot down the aliens. It just so happens that the President is a former pilot and that his skill as commander and chief is not needed at all on the ground. Thankfully, because of the heroics of a seperate drunken imbecile (that also inexplicably flies planes), he survives the air fight and launches missiles without abandon. Totally could happen.

I realize that in a lot of ways that this movie was ahead of it's time. But the writing, the acting, the plot - how was it ever that popular?!

Lincoln loved it - so there must have been an influx of seven year old boys back in 1996.

you must be hard up for topics. Why not look in the paper for something more current... like Cathedral turns 100 and Pres. Monson attends mass.

Not only did Pres Monson attend mass, didn't he also speak at it?