Upper bowl at a Jazz game 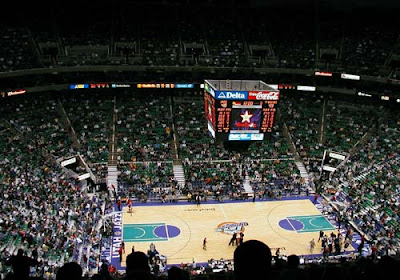 Thanks to Jacob for the free Jazz tickets. However, I have never sat in the upper bowl before. It's a whole different culture up there. Here are a few things I noticed:

You lower bowlers are just a bunch of snobs. So what if us upper bowlers have to bring our own drinks of choice. It's not our fault that the arena doesn't sell cough syrup and hair spray cocktails. As far as the jerseys, Wally's only sells white tank tops. The jerseys work great for them special occasions like weddings and funerals.

I'm glad that Jacob hooked us up with your blog. So far, so good.